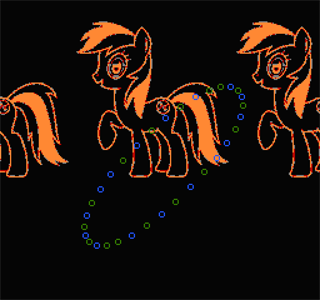 Made during the pony craze of the early 2010's. Very glitchy due to how temperamental the NES PPU is, which was initially unintended. But as often with these things, we decided to leave it in :) Pure C, very little optimization attempted. This taught us that cc65 is basically garbage(!)