A few days ago the screen on my Sony Xperia Z2 Compact broke, after a long line of other problems with it (both charging ports breaking, broken TRS jack, broken camera, port covers coming loose etc). I tried to triage the screen cracking with superglue, but all that accomplished was make the phone look awful: 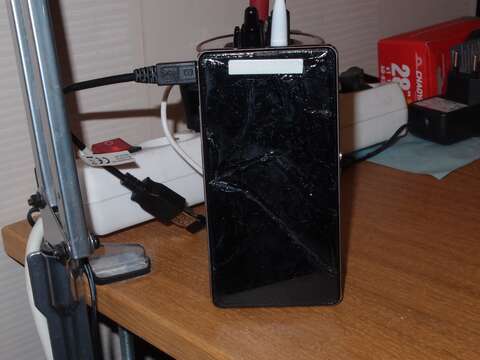 I decided it was time for something else, preferably something that gives me more control than the non-rooted Xperia. I ended up trading a friend of mine a few beers for his old Samsung Galaxy S5, partly to have something while shopping around for a used Fairphone or waiting for the Librem 5. The S5 is quite rootable though, and LineageOS supports it, so I decided to go for it instead. This also has the upside of saving money and saving the S5 from becoming e-waste.

For the most part I followed this guide on lineageos.org. It might help knowing my device (SM-G900F) is known as klte in TWRP and Lineage circles. First up was making sure Heimdall worked correctly by issuing the print-pit command:

No dice. Searching around a bit on the Web for the given error message yielded a suggestion to build Heimdall from master. Off I went to the Heimdall GitLab!

To build Heimdall a number of dependencies had to be installed. For various reasons I was unable to install Qt5's build deps, so I only installed the dependencies needed to build the Heimdall CLI:

Next I configured Heimdall with -DCMAKE_BUILD_TYPE=Release and -DDISABLE_FRONTEND=ON, leading to a successful compile and a binary under build/bin/heimdall which could successfully perform print-pit:

This worked fine, but the phone didn't reboot after flashing like the guide said it would. I waited a while and rebooted it manually, which worked fine. Holding Volume Up + Home + Power got me into TWRP to continue the process. I followed the instructions to wipe and format the device, or as TWRP says: ~swipe to wipe~

Next I pushed the LineageOS install ZIP and the addonsu ZIP:

TWRP was not able to verify the signature on the Lineage ZIP, so I skipped the verification step on both files. After doing that the installation went fine, and I was able to successfully boot into Lineage. Woo!

After this I wanted to install F-Droid, which is like an app store for libre programs. Android 8 Oreo has made installing unofficial apps a bit more difficult, so I went with downloading the F-Droid APK via ADB. To do this I had to enable developer mode and USB debugging on the phone. After that it was merely a matter of running adb install with a USB cable plugged in:

Funnily enough, F-Droid wanted to update even though I grabbed the latest version of it off its website. Oh well. Here's the final result of all this: 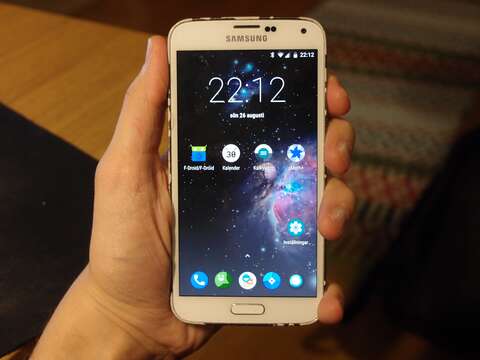 I also had to fiddle with importing my contacts and calendar. All in all I'd say this was much less painful than I expected. Having the increased control this setup gives me is great, and the lack of apps on F-Droid that try to harvest and sell my data and display ads makes me wonder why I didn't do this sooner...

In the future I might fiddle with ways of sandboxing Android apps if I ever need to run any. Perhaps I can make do with my old broken phone for that - it's probably a good idea to force myself to use the OTG cable, wireless mouse and keyboad before stooping to using proprietary software!