Went to the Revision demoparty in Saarbrücken this easter, which has become a bit of a tradition. The trip went via a flight to Amsterdam, from which me and four others rented a car and drove the rest of the way. The trip itself went quite well. Didn't end up producing any entries, which is unusual. But I was not alone - jvb didn't have anything either, and we both just sort of poked a little at various projects and hung out with people talking about all kinds of things. Knoeki on the other hand was considerably more productive, having two productions entered in the compos and winning third place in the 2D demo competiion (congrats!)

On to the pictures: 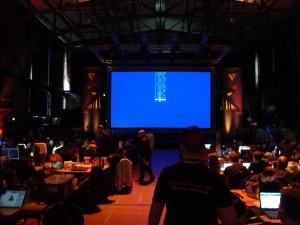 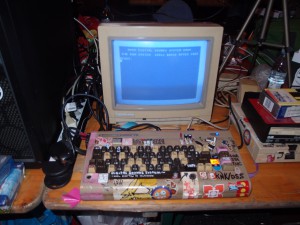 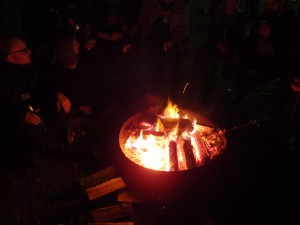 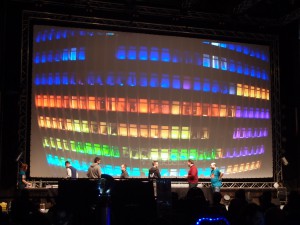 The winner of the Wild compo, with their gigantic RGB LED display made from a building facade 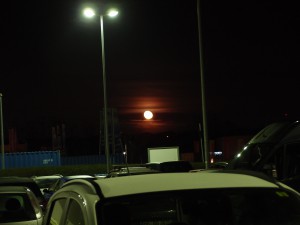 Tried to grab a shot of the full moon, went so-so 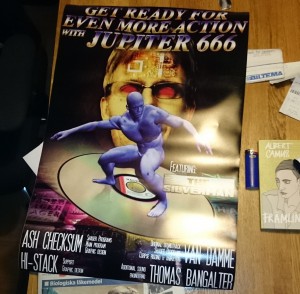 Managed to snag a HACKERS poster, for the ill-fated Jupiter 666 system

Didn't manage to snap many pictures of people this year, for some reason. Maybe next year